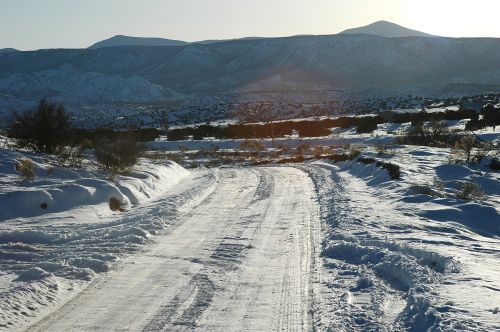 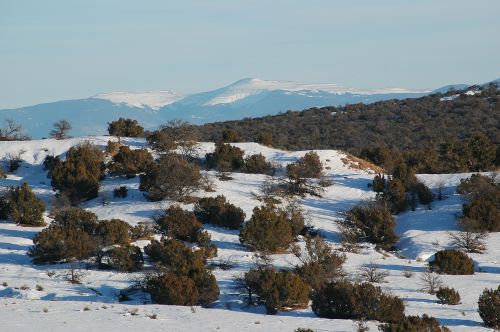 The rear latch for the sliding door had been coming loose for some time now, cracking at the weld and threatening to spill our dog and belongings on the highway. Since in the past I’ve done both – lost a sliding door while moving, and had the dog go flying out onto a busy highway – I decided to get it fixed before we left Santa Fe.

I can handle most necessary repairs with the tools stashed under the backseat – gotta love old VWs – but a welder just didn’t fit, so I posted to thesamba.com asking if anyone could recommend a welder in Santa Fe. There were a few responses, usually suggesting I visit a place called “F.A.S.T. Automotive”, a highly regarded local repair shop, but one stood out. A fellow who I “knew” from thesamba as a walking encyclopedia of VW arcana offered to weld up the catch if we felt like visiting him an hour North. I accepted. That’s where we were bound during Teri’s last post about picking up the hitchhikers.

We found our way to Abique, NM by early afternoon and met Chris at the general store. We followed him down a few miles of paved roads, then paused to install tire chains at the head of his “driveway”, a sandy, snow-covered two-track through the desert hills. Two miles of off-roading later, we reached his house, a tidy hand-built cabin surrounded by panoramic views of the hills, arroyos, buttes, mesas, and enormous sky.

Not only did he weld up the loose latch, he shared a running stream of VW and engineering knowledge that I’m still digesting, and gave us a tour of his completely off-grid home. Miles from the nearest neighbor or electric line, he lives by harvesting the energy of the sun and collecting rainwater in a huge underground cistern, and wants for nothing. Electric light, a refrigerator, a well-appointed workshop, and a composting toilet of his own design; space to garden, space to think, and a wood-heated home with all the comforts…exactly what Teri and I aspire to build some day.

We left the next day, repaired, inspired, rested, and filled with a profound sense of gratitude for the help and hospitality. Should the Pacific Northwest fail to capture us, there’s a chance our new friend might just end up being our new neighbor out in the gorgeous N.M. desert.

One thought on “Another repair, a new friend, and our dream home”