I’ve been meaning to post some of these for awhile, but I’ve had some sort of strange Macintosh/Wordpress/satellite mis-connection which wouldn’t allow me to load our own blog page. It happened suddenly sometime in late December/early January, persisted no matter what remedies we tried (though Peter could load our site just fine on his computer, and I could load it when I was in town with a wifi connection – go figure), and then spontaneously righted itself just a few weeks ago.

So yay! I can once again view and post to my own site – and here come a slew of pics that I’ve been saving up.

First off, our bathroom. Those who are regular readers (or have visited and seen for yourselves) may remember me mentioning that the interior walls of our cottage are painted in multiple colors – and not in an intentional design-y sort of way. Each room has spots where it looks like someone started painting over an old color, and then promptly got bored with it and walked away, without even finishing the wall they were working on. So, high up on our long list of projects is to paint each room.

We finally got around to starting with the bathroom one weekend in early December (it was the smallest room, and therefore the easiest to complete in a weekend). The bathroom has some pretty tile work, installed by one of the former tenants – I really wanted the walls to be some sort of warm orange-ish color, to bring out the warm orange tones in the tile. On the other hand, we both really like purple, and we already had purple bath towels. So here’s what we came up with: 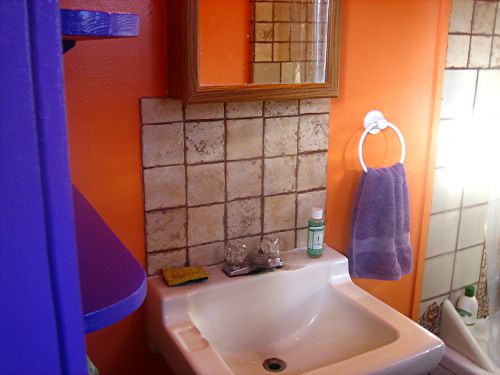 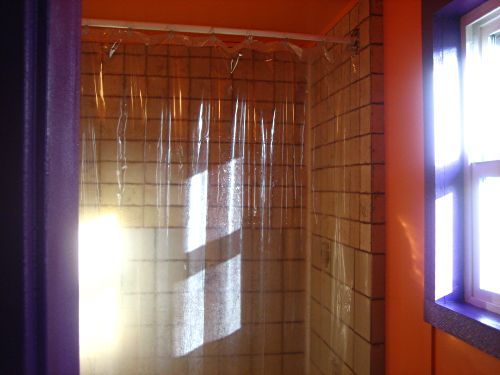 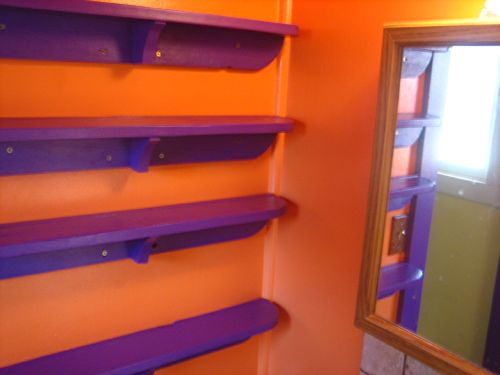 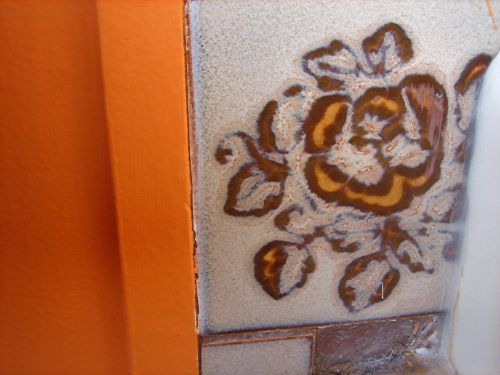 It’s now my favorite room in the house! The bedroom is next on our list…

Next up, our brief winter. I posted awhile back that it mostly rains rather than snows here in the winter (which is true), and that the best I could do to fulfill a request for some winter scenes was some photos taken after a rather paltry snowfall. I should’ve waited just a little bit longer. In January and February, we finally got dumped on – ‘course, it only happened about 2 or 3 times, and then it all went away and became rain again. It seems a little silly to be posting winter photos now, since spring has sprung out here with such abundance, but here they are: 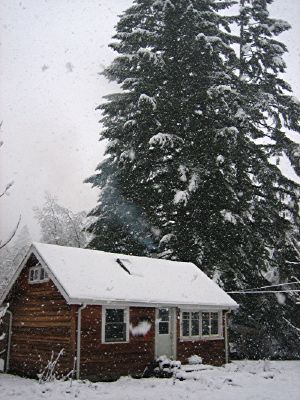 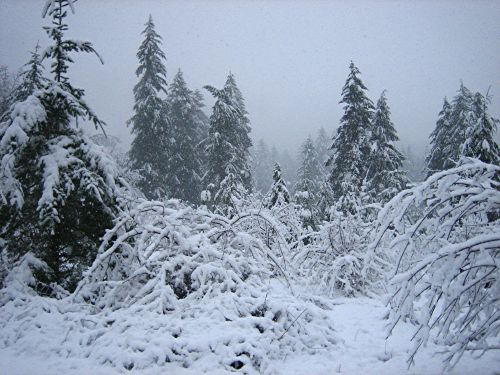 And last but not least, one of our resident spiders, wrapping a trapped and buzzing fly in its web. I think Peter may have posted a similar photo not too long ago, but this was just too cool not to use. 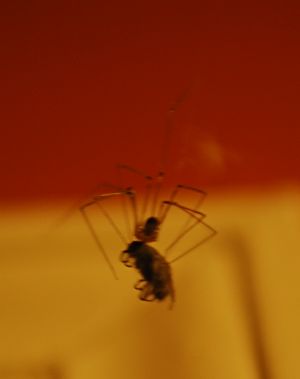