After visiting friends in Paisley, FL (where we found this incredible bargain on green peppers at a local Wal-Mart), we headed north. 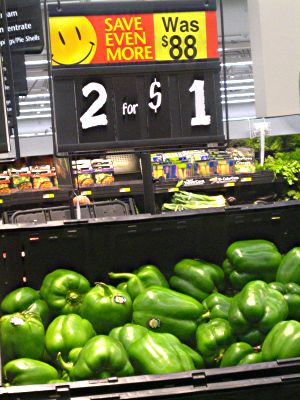 About 20 miles east of Tallahassee, FL, we found another lovely KOA – less like a parking lot (they actually had some trees), and with incredibly nice and friendly people. I couldn’t resist snapping a photo of one of their trees… 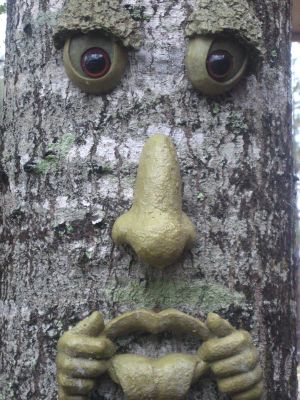 After a couple of days at the KOA spent catching up on laundry and work-related projects, we headed west, intending to hit another KOA just outside of Pensacola. About 40ish miles from our intended destination, we passed a sign for Blackwater River State Park and decided to check it out.

Turns out, Florida isn’t all about Disney World and spring break, like we thought. Between Ocala N.F. and Blackwater River S.P., I think we’ve gotten a taste of the REAL Florida (which, coincidentally, is the slogan for this park).

The park is absolutely beautiful. The campsites have water and electric hook-ups, fire pits and clotheslines, and are spaced far enough apart to give campers some privacy amid the tall longleaf pines. We’ve seen lots and lots of birds – including more woodpeckers – and last night by the fire, we could hear the coyotes howling in the distance (fortunately, Ceili couldn’t). 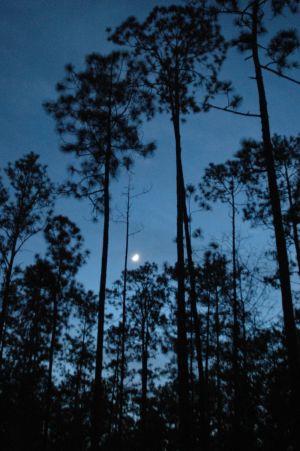 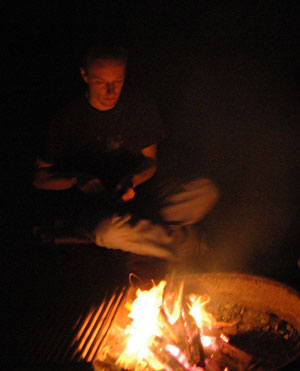 So, this catches us up to the present, on Christmas Eve. Tomorrow morning, we’ll get an early start (after opening our Christmas stocking that Santa so generously left) and plan to have Christmas dinner in the French Quarter in New Orleans, before continuing further westward. 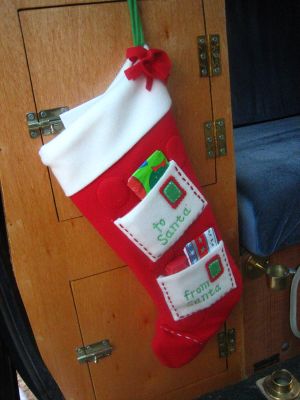