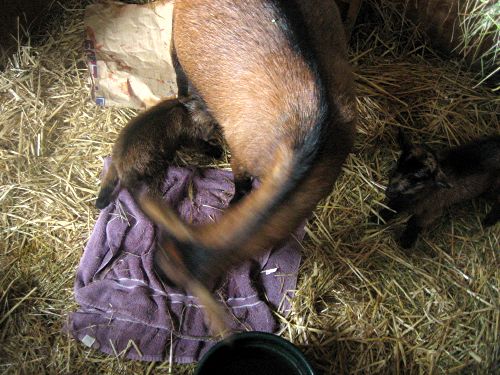 After being up every hour or two to check on Aberdeen during the night, I had been up in our loft bed grabbing some more shut-eye. Peter had just come in to say that she was still the same (laboring in first stage, contractions but no pushing yet) and I was trying to convince myself that I should get up and have some caffeine so I'd be ready when the time came, when through the open window I heard what can only be described as a bellow.

Peter went running out to check on her, while I fumbled my bleary-eyed way down the ladder and threw on some farm clothes. Peter yelled "NOW!" and I went running out to find her laying on the floor, with a "bubble" containing two tiny little hooves making its way out.

The birth went smoothly, if a little haphazardly (on our end – we'd been convinced we still had a ways to go; Aberdeen was amazing). While we fumbled around trying to get an empty feed bag under her to catch the messy baby, she pushed her little boy right out (with a few more bellows).

We helped as much as we could to get them cleaned off and dry (mama did most of it), and watched to make sure they both stood up and found the teat. We tied off and cut the umbilical cords, and dipped each one in iodine to prevent infection.

We brought mama goat a bucket of molasses water (which she sucked down), along with some grain and alfalfa. I gave her a couple of homeopathic arnica pellets to help with healing, and also mixed some dried herbs (mostly red raspberry leaf and nettle) into her grain. Then we sat back to enjoy the new babies while we waited for her to pass the placenta. 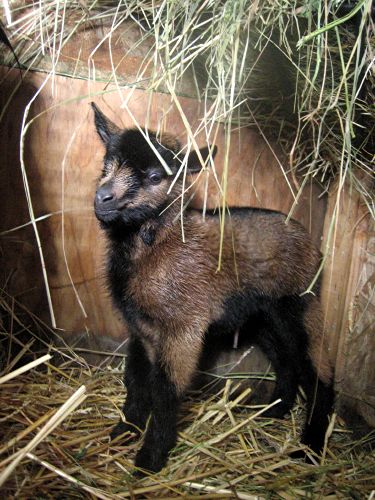 And her little girl: 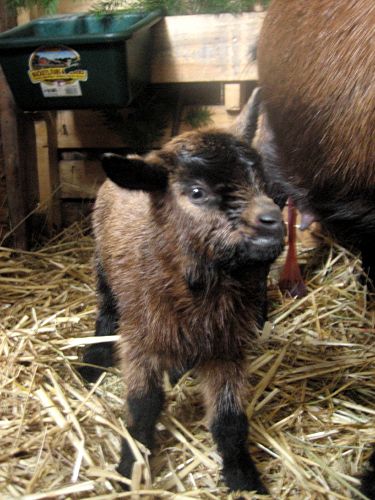 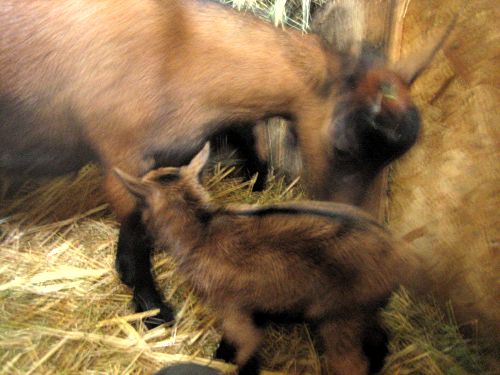 Oh yeah, Daks was on the clean-up crew: 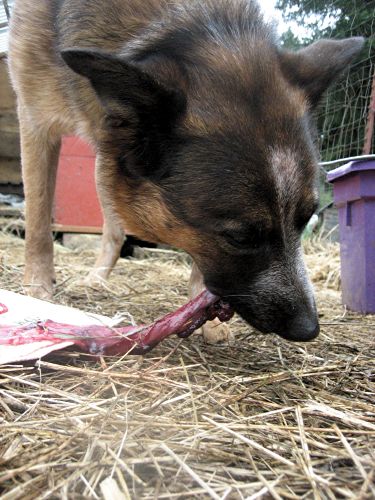 Off now to take a nice hot bath before dinner, then check on the new babies one last time before bed.

6 thoughts on “Goat babies are here!”