UPDATE: there’s a newer post with a picture of the device being used, for anyone who wondered exactly how that worked.

In keeping with the already established aesthetic of our livestock equipment and housing, I built a milking/hoof care stand and stanchion out of old pallets and scrap wood. 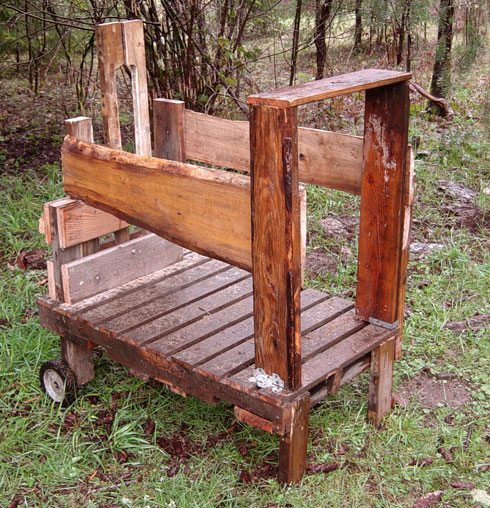 With the stanchion open: 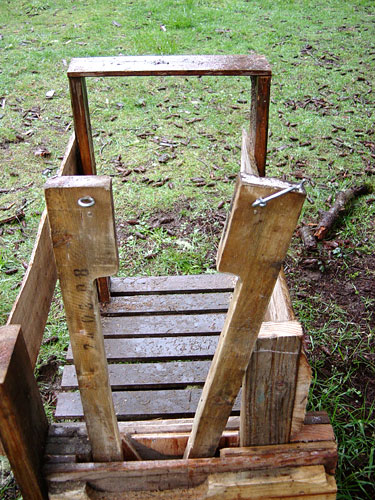 Though it looks like a medieval torture device, the blue bucket full of treats keeps goats happy and distracted during milking, hoof trimming, etc.: 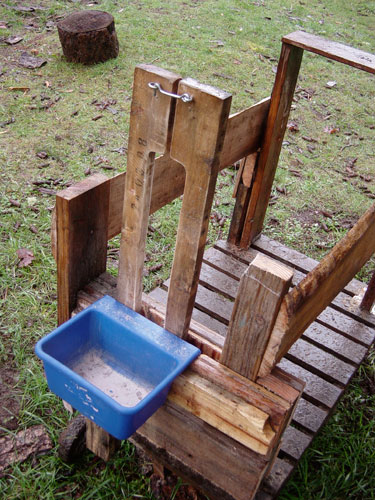 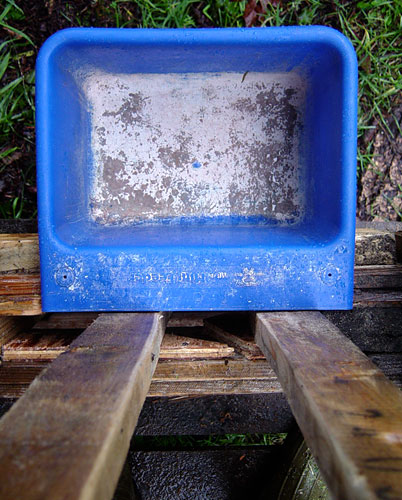 Teri pointed out that it would be disasterous for a goat’s body to slip off the side while her head was in the stanchion, so I added side rails. One can be flipped out of the way to release the goat (goats don’t like to go in reverse) 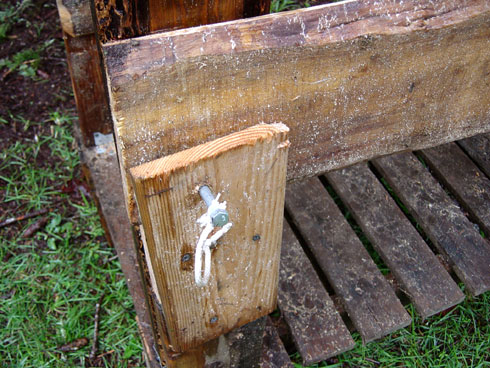 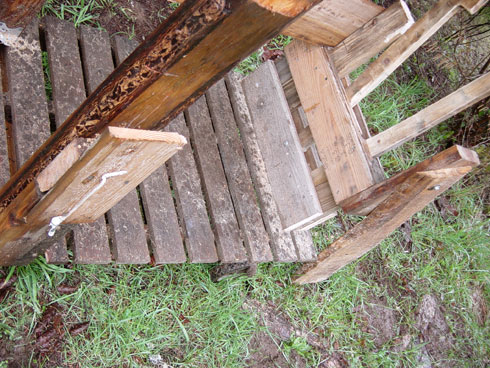 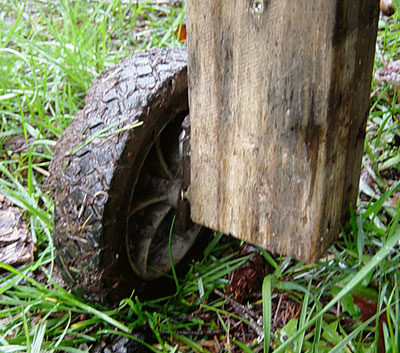 It may look slapped together, but typical of my engineering, it’s sturdy enough for a small elephant. I studied various sets of plans, made a few sketches, and adapted what I had in my imagination to the supply of old pallets and scrap we had lying around.

Here’s proof that I didn’t major in drafting (or penmanship, which has continued its downhill progress through almost 30 years of computer use):

9 thoughts on “Goat milking stand made from junk”