Ok, we know you’re all anxiously awaiting the play-by-play, but we’re still recuperating, so that will have to come later today or tomorrow. But oh boy, do we have stories to tell!

In the meantime, here’s some eye candy for you: indistinct and over-flashed photos from probably about 3:00 am, a couple of hours post-birth.

This is Drama’s boy baby – he was the first and most difficult to come out. See how Drama’s licking him? That’s her job, to get them cleaned up as soon as possible. The licking also helps stimulate blood flow and breathing, getting them up and moving about. 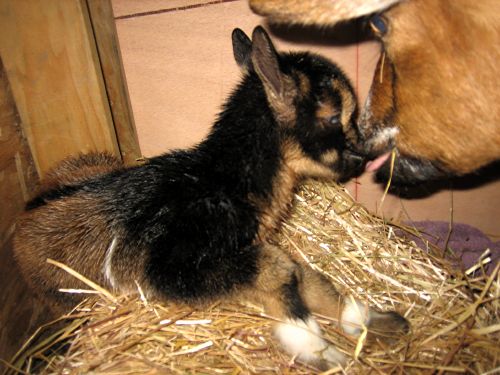 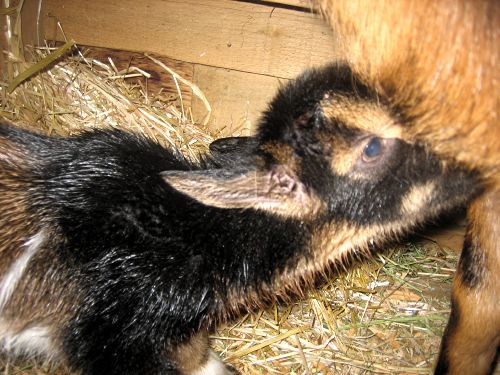 And this is Drama’s little girl – she followed her brother out with almost no effort, probably not more than 10 minutes later. She looks an awful lot like her mama, but the one white foot is a gift from her pops. 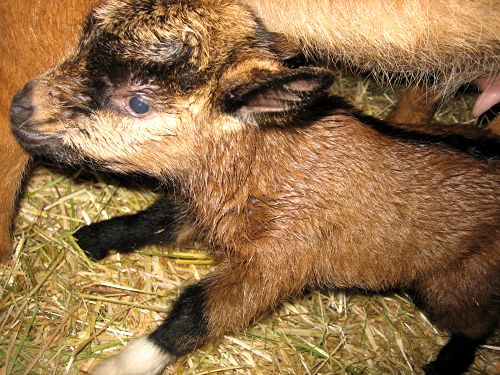 And, here’s Peter holding baby girl, just to give you an idea of how tiny they are right now. 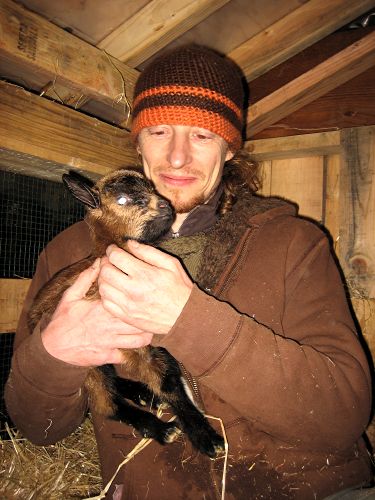 Mama and babies are all doing really well. For now, they’re keeping their private room together, to give them time to bond and rest (Drama) and become a bit stronger and learn how to use their legs (babies), before re-joining the rest of our small herd.

The story of Drama’s incredible extra-long labor and birth will follow, as soon as we’ve recovered sufficiently to have enough energy to write it. And I’m sure there will be plenty more cute baby photos on the way as well!