Tobacco isn’t easy. The seeds are minuscule and take a long time to germinate. The seedlings are fragile, and grow fairly slowly for the first few months. Properly preparing the tobacco after harvest is an art, and requires an area that has the perfect temperature and humidity naturally or is climate controlled. 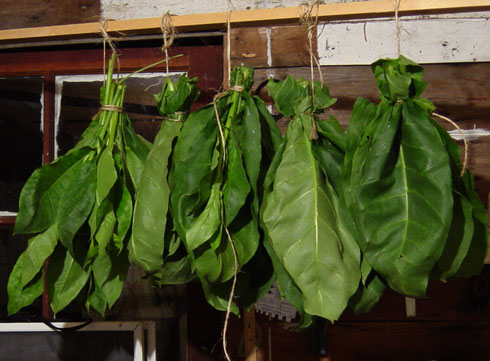 In 2007, I impulse-bought a packet of Sherazi tobacco seeds, and this hardy Turkish variety survived my bumbling first year of outdoor gardening, growing to five feet tall. Inexpert curing left this already very strong variety almost unbearably harsh, and the part that turned out best was only smokeable mixed in with some American Spirit. Most of it ended up getting mold on it as I shuffled it in and out of the house in the late fall, when the outside humidity is about a zillion percent and the inside humidity, thanks to the wood stove, is pretty much a negative number.

In 2008, I tried a variety called TN86, which is a more mild one similar to what is used in American cigarettes. The seedlings all died in the inadequately sealed greenhouse. Twice.

March 2009, with the greenhouse a bit tighter, I started a bunch of TN86 using commercial seed-starting mixture in 4″ pots, and some Sherazi from seed produced by my first crop. Germination was terrible with the 2-year-old Sherazi seed, but there are five of those now in the garden, along with about 25 of the TN86. They seem to be doing well.

I got my TN86 seeds from Victory Seeds, an Oregon company that specializes in preserving open-pollinated heirloom seed varieties. They have a basic tobacco growing guide here, and there’s plenty of information available online, so I’ll just relate my own observations that may be of help to someone trying to grow it in our damp, mild region.

Tobacco planted in soil worked for the first time this year, with minimal compost worked in:

Tobacco planted in soil that’s been worked for two years, with a moderate amount of compost mixed in: 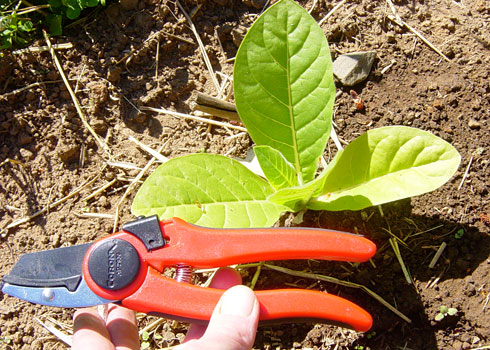 Tobacco planted in soil that’s been worked for three years, with a moderate amount of compost mixed in every spring: 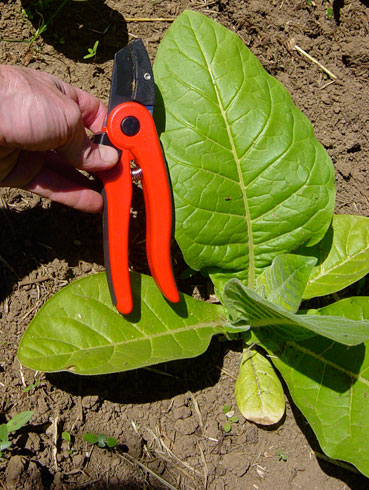 And finally, monster tobacco growing in a foot-deep layer of composted goat bedding in a hay-bale raised bed (circled because it’s being crowded by zuccnini plants): 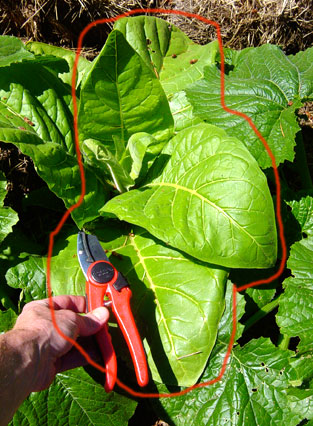 9 thoughts on “Learning to grow tobacco in Oregon”