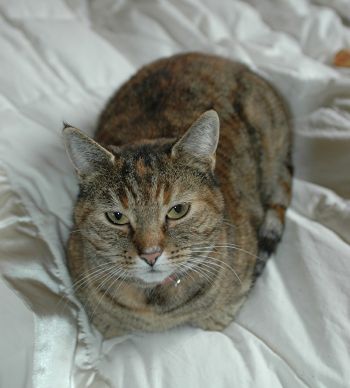 Ok, that’s only partially her name. She came to live with us about two weeks ago now, and is an absolute sweetie. Doesn’t like the dog much (probably because he keeps wanting to chase her…), but the humans she loooooves. She’s all full of purrs for the littlest bit of attention.

She’s a stray, but obviously had been accustomed to being around people – the nice lady that took her in and found her a new home (ours) said she’d been begging all the neighbors for food. They tried to find her people, and finally decided that she must have belonged with the people down the street who had recently moved out – apparently they just left her. So now she lives with us.

For the first couple of days, we just called her Kitty, as that’s what the lady she had been staying with called her, and she seemed to answer to it. And being a fanatic for all things Buffy (yes, the tv show), I decided that she should be called Miss Kitty Fantastico (though she looks nothing like her Buffy-verse namesake), since having a cat named Kitty is just lame.

Then, after she’d been here for a few days (and after spending those days trying out every single name that I thought might fit her, and rejecting them all), I woke up one morning with a picture of her face in my mind, along with the name Anu.

So, Anu is now her “real” name – it seems to fit her and she seems to respond to it. But most of the time I still call her Miss Kitty Fantastico, ’cause she is. 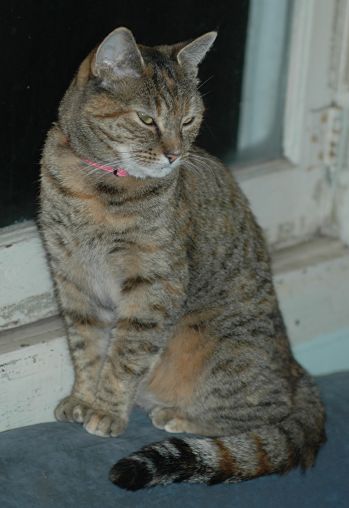 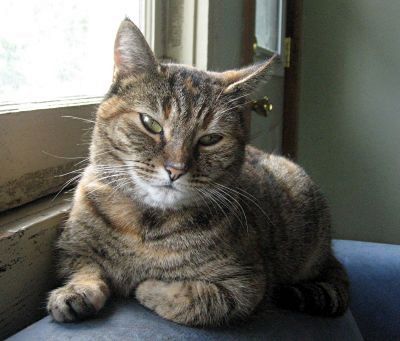 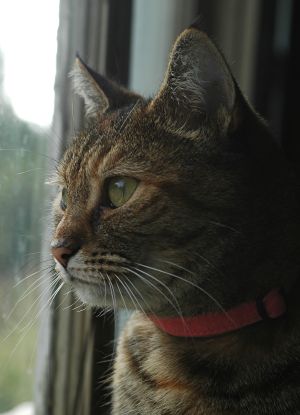 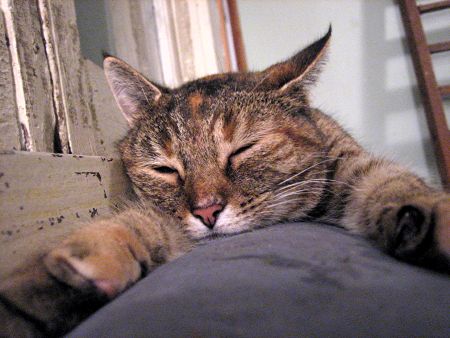 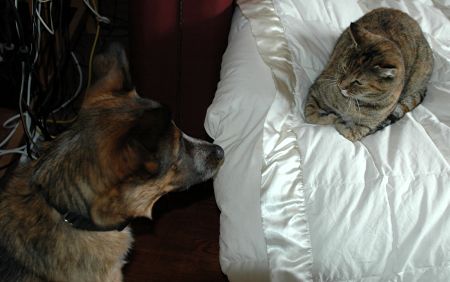