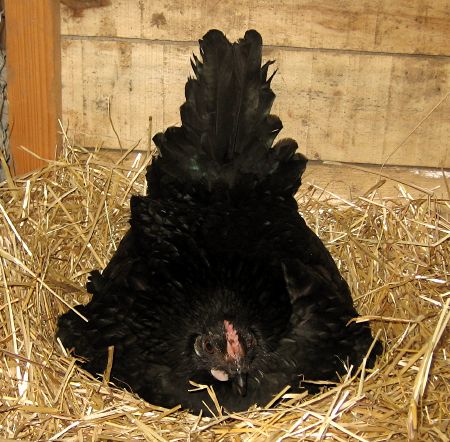 This photo was taken yesterday, at which point we were pretty certain that at least one (and possibly two) of Shygirl’s eggs had actually hatched. We’d heard some peeping, and it sounded distinct enough that we were fairly positive that it was not coming from inside of an egg.

This morning, as part of my usual morning chicken chores, I filled up the little chick-sized feeder (actually a plastic lid for a mason jar) with fresh chick starter food and set it back into the broody box.

I then proceeded to leave the coop to dispose of the copious and incredibly pungent poo that leo (another hen who is trying to go broody, but has no eggs to brood upon) had left (betcha didn’t know that broody hens only poo once in a 24-hour period, and boy does it build up in there).

While outside, I overheard the rustle of movement in the broody box, and then suddenly a whole chorus of peeps and cheeps. I ran back to the coop (well, actually, I moved quickly yet carefully back to the coop – one does not run around semi-wild chickens without creating a screeching mass of panicked birds flapping around your head – ask me how I know this). As I bent down next to the broody box, I could see Shygirl at the feeder – and lo and behold, there was a tiny little 2-inch-tall black and white chick standing IN the feeder, chirping. And as I looked further back, I could see two more, even smaller, same-colored chicks standing at the edge of the nest, also chirping.

I was about to run back to the house to get Peter, when Shygirl turned around and walked back to the nest and the remaining four eggs. She talked to the chicks the whole time, and as she settled back in, she lifted her wings, and each chick picked a spot and dove under.

I was thrilled – we hadn’t been sure that any of those eggs would actually hatch, and now here we had three new baby chicks!

Later in the afternoon, it was the same routine. I’d refilled the little chick feeder, this time with Peter in tow, hoping for another glimpse of the chicks. After waiting for a bit with no results, Peter headed on to other tasks. I stayed. Sure enough, about 5-10 minutes later, I heard that chorus of cheeps.

This time, all three chicks from before were at the feeder, and Shygirl was teaching them how to eat. And at the nest: one more super-tiny, freshly hatched chick. Now there are four.

Shygirl is still brooding those last three eggs (while simultaneously mothering the ones that have already hatched), so we may have more babies arrive over the weekend.

Speaking of new babies, Aberdeen’s little girls are doing great. We had them outside in the sunshine for about an hour today, and the robust bay was prancing and jumping and testing out her still-wobbly legs. The black girl seems a little more frail, but she wanted to do everything her sister was doing, and did her best to keep up. Here they are at one day old (these photos were also taken yesterday – it’s hard to believe, but they’ve actually grown some since then). 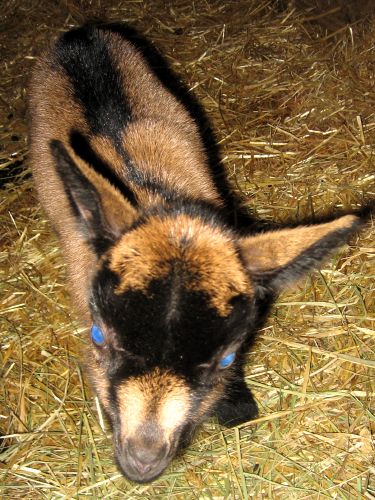 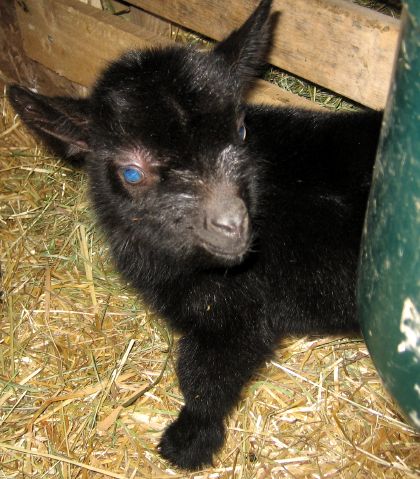 And last, but not least, Drama Queen’s twins are now one month old. Nikabrik, the multi-colored boy, is big and sturdy, and already acting a little bucky (it’s cute – for now). Lulu (short for Hullabaloo), the bay-colored girl, is a total sweetheart. 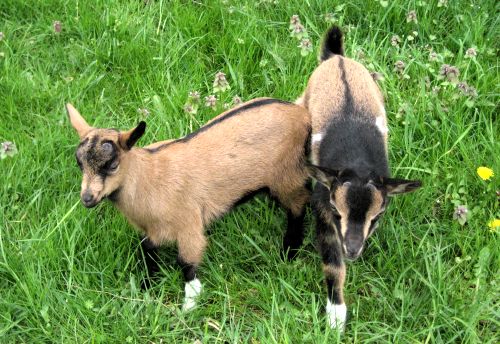 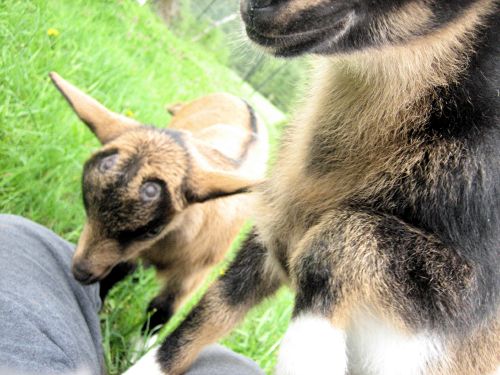 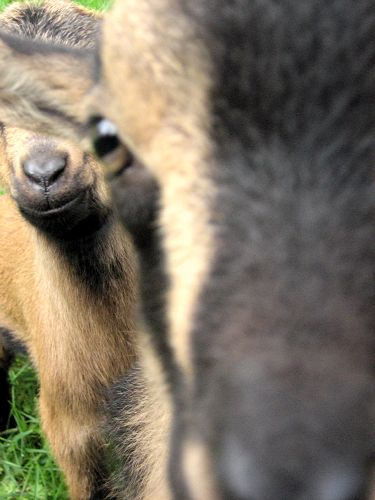 3 thoughts on “There’s chicks under them there wings”