And now…she got front too!

It seems it’s something of a fashion statement to remove the bumpers from old bugs; I guess some people think it looks more streamlined or cool or something. Given that I’m a newbie at driving stick, finding (year-appropriate) bumpers for my little green bug became something of a high priority. A while ago, Peter was able to snag the rear bumper, but that still left us in need of one in front, along with an assortment of other missing or needing-to-be-replaced parts.

Well, someone else’s misfortune turned out to be our good fortune. Peter responded to a Craigslist ad for a 1974 Super Beetle (correct year AND make!) that was being parted out. Turned out someone had smashed into the driver’s side, leaving problems that were too expensive to repair. So not only did Peter come home with a new (used) front bumper, he also scored a complete set of seats – front and back (my car currently has no back seats, and the front ones need some help!), a set of seatbelts in better condition than mine, and various other goodies.

Doesn’t she look purdy all dressed up and ready to go? 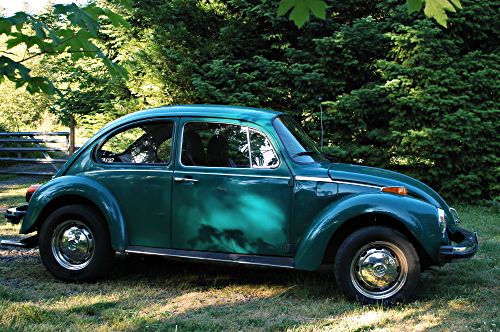 On another note, we finally made a drive to the coast last weekend. It’s only about an hour away, so last Saturday we packed up some munchies and drove out to see the Sea Lion Caves. The Oregon Coast is every bit as stunning as we’ve been told, and the sea lions were out in droves.

Here’s some eye candy for ya (and yes, those are piles of sea lions sunning themselves at the bottom of the cliff): 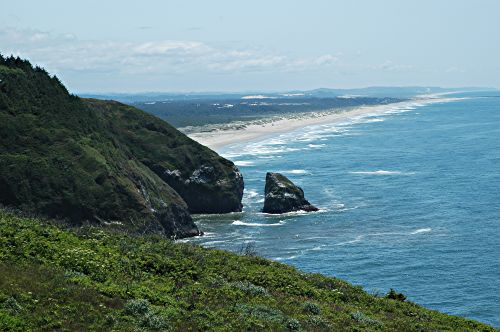 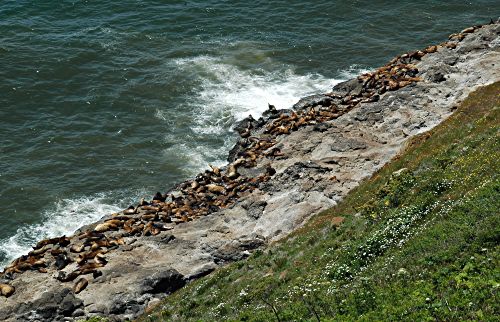 And last but not least, a warm welcome to the blogosphere to my girl Jen and her friend Shelly, otherwise known as Girls for Glaciers – a great blog about how they’re getting green and learning to reduce their carbon footprint, one baby step at a time. In their words: Two gals in big cities on opposite coasts try to go green and save some glaciers without turning their lives upside down. Stop by for some green inspiration!