They say the waiting is the hardest part… 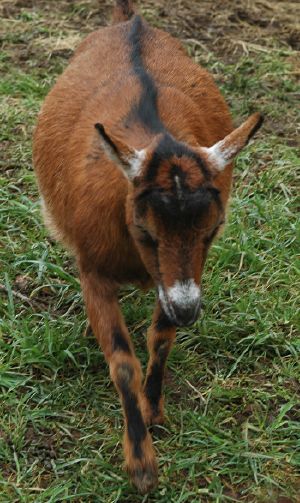 Our very pregnant Drama Queen is showing signs that she could go into labor any day now. We’re checking her obsessively several times a day, and at night are putting her up in the private “kidding room”, just in case. Last night it was my turn to get up at 3:00am and check on her, and tonight (haha) it’s Peter’s turn.

Realistically, we probably don’t need to be quite so obsessive, since even though we know she’s close (probably within a day or two of giving birth), the biggest sign of impending labor hasn’t happened yet – but once it does, kidding will likely take place within the next 12-24 hours.

Goats have two ligaments (one on each side) very near their tail – when a doe is entering labor, these ligaments feel as if they’ve disappeared. In reality, they’ve simply loosened to allow her pelvis to open and allow the kid (or kids) to pass through the birth canal. This is the sign we’re waiting – and compulsively checking – for.

Other signs she’s currently exhibiting that tell us her time is near: Though we can still feel her ligaments, they are softening, and the area is taking on a slightly “hollowed-out” look; she alternates between wanting extra affection and reassurance, to being extra twitchy and not wanting to be touched at all (though that part could have something to do with the constant poking and prodding of her hindquarters…); she’s holding her tail differently – kind of arched; her vulva is a little swollen, and yesterday presented with a clear mucus (an expected sign of pending labor); and she’s exhibiting various other unusual (for her) behaviors, like yawning and a general restlessness.

Our fat little Drama, with now-starting-to-show Aberdeen behind her (this photo is a week old – she’s even rounder now): 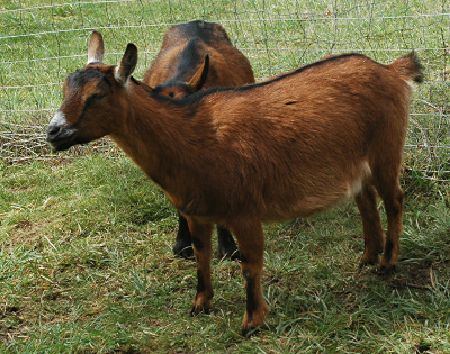 And, our little girl has gotten her boobs! (This photo is also a week old – yep, these are bigger now too.) 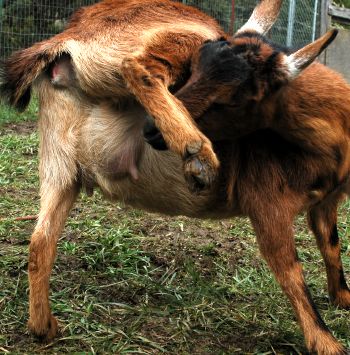 So, we’re anxiously waiting, excited to welcome her precious babies into the world (and excited to soon have our own fresh goat milk), hoping for the best, and nervous about all the things that could go wrong (but probably won’t). 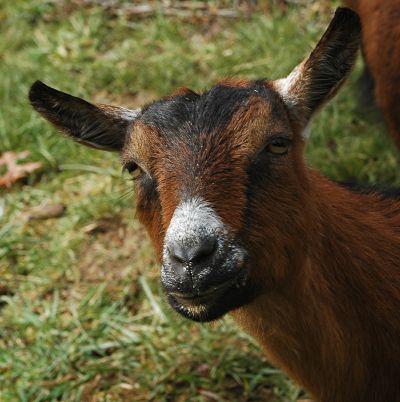 Here’s Aberdeen, just recently starting to show when I took this photo a week ago, now even bigger – she has one month yet to go: 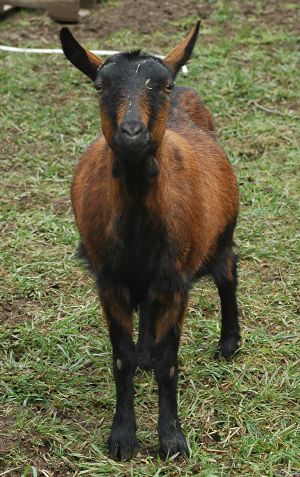 And random cuteness from Koko, not pregnant but not to be left out, in her “don’t hate me because I’m beautiful” pose: 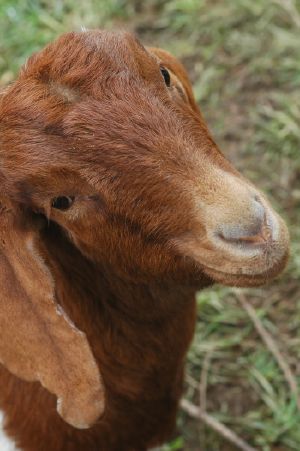