The best times of the year for blogging are also the ones when it’s hardest to find the time…but here’s a quick update on happenings around our homestead. 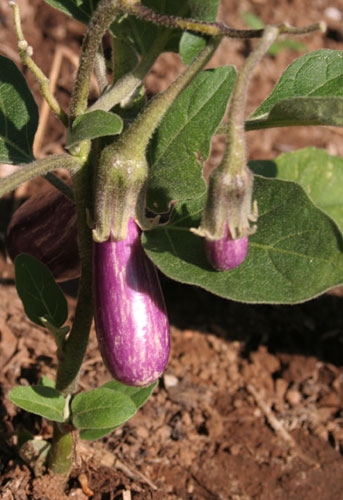 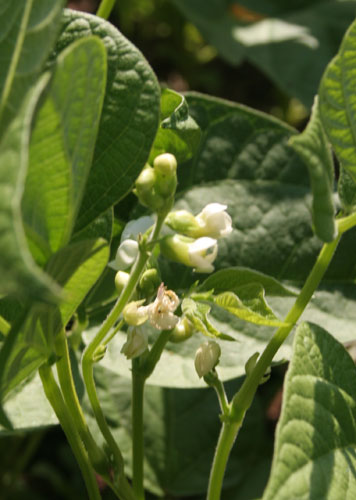 The tobacco experiments are going better this year. The tallest of these is about 5′ now, because it’s in the raised hay-bale bed filled with pure composted goat bedding/poo: 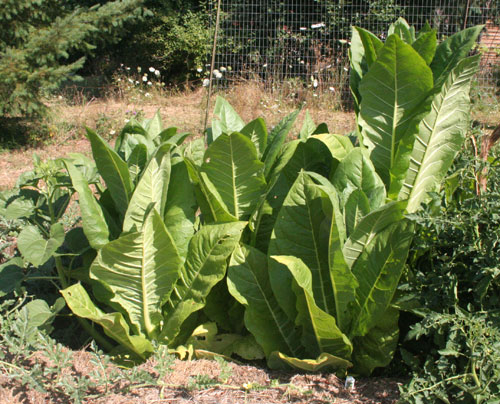 Watermelons are enjoying the poo-bed, too: 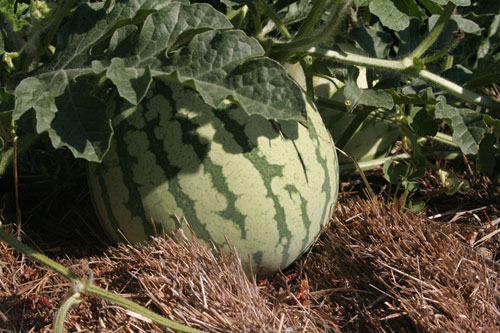 Here it is from the end…zucchini closest to the camera, with 2′ long leaves: 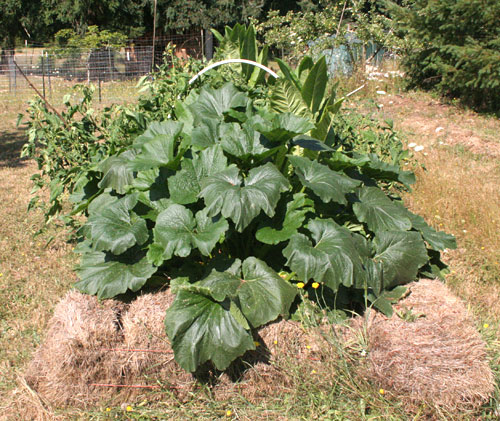 …but even in rather poor soil, zucchini plants just keep cranking the food out like nothing else we grow: 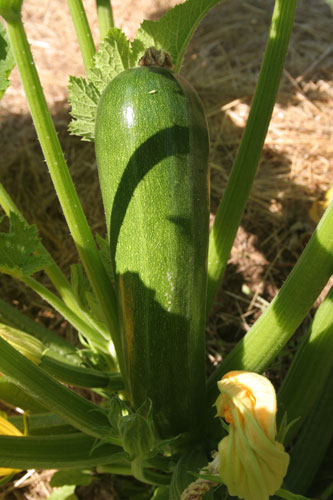 Lemon cucumbers are struggling a bit, but producing well despite whatever I’m doing wrong: 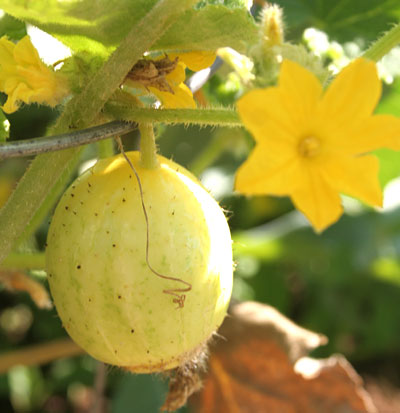 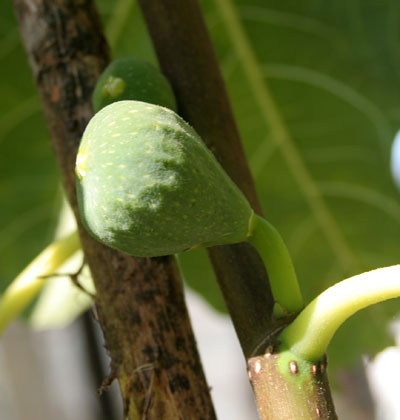 Delicata squash – one of my favorites. We saved seed from our Wintergreen Farm CSA boxes last year, I’m really glad they grew:

The peas have been wonderful this year, making new pods as fast as we can pick them for months, and are just slowing down now: 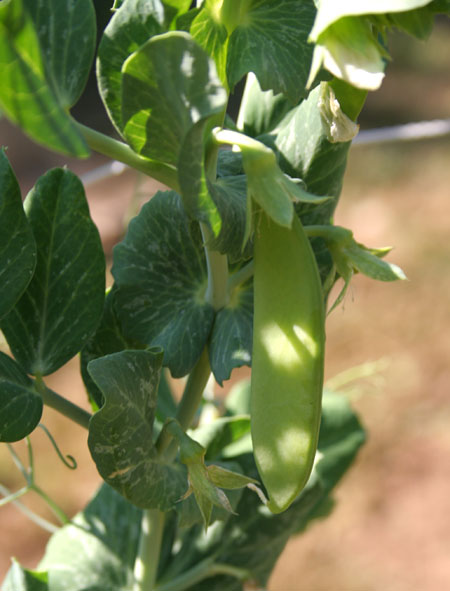 Summer is nothing without tomatoes…we have probably about 50 or 60 plants, mostly Brandywine red, seen here: 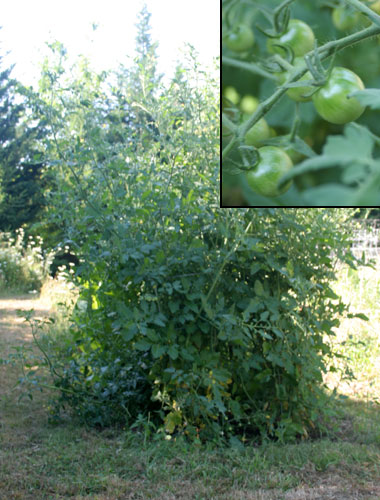 Although 1 good zucchini plant is enough for a small family, we have the two giant ones int he pure poop, plus a few more seen here keeping the cantelope vines company: 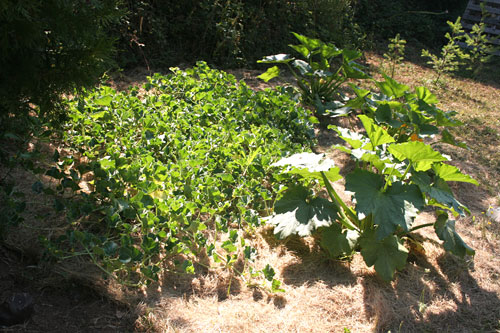 Beets are about ready to harvest, and we’re planting more. We both love beets, they store well, you can make dye from them, and if all else fails, they’re good goat food: 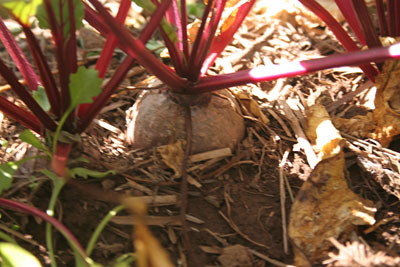 Black oil sunflower seeds are great livestock feed…they’re scattered here and there, but next year we’ll probably plant a large field of them: 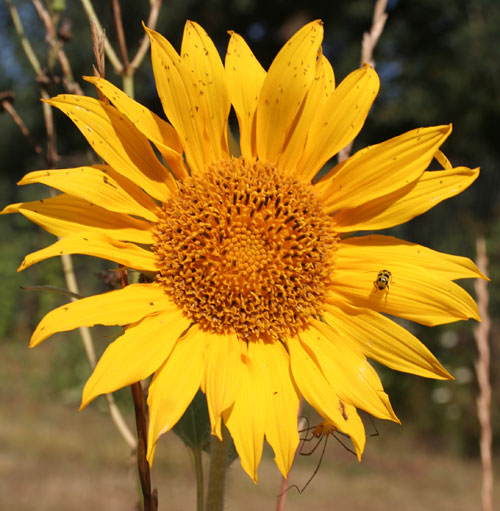 Finally for this segment – apples! Many of the trees lost their buds in a late freeze, but for some reason this tree is as apple-y as ever: 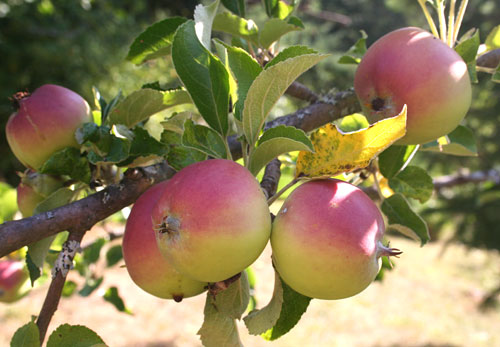 The construction never, ever stops. The goats are now enjoying another 1/4 acre of pasture that I’ve fenced off, and we’ve enclosed about 1500 sq ft around the chicken house so they can still enjoy some freedom on days they don’t have the run of the whole property.

Since we started milking our goats this spring, we’ve been doing it under a rickety “just for today” tarp arrangement that’s not much fun when it rains: 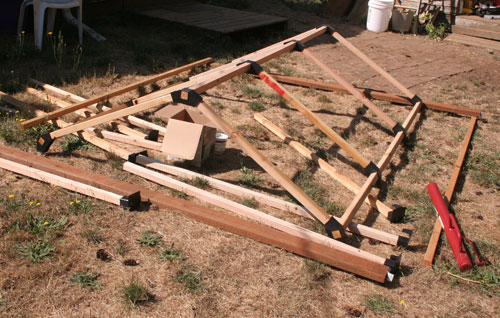 The big old red truck has some problems that I don’t have the time to deal with, and 8mpg isn’t very good even for something that only goes on the road a few times a month. A friend gave me a nice deal on his old truck, a much more reasonably sized Mazda b-2000. Only the perspective makes them look similar in size.

No blog post would be complete without a goat picture…here’s Drama about to eat my camera:

13 thoughts on “Where’ve you guys been hiding out?”