…for taking so long to introduce her! 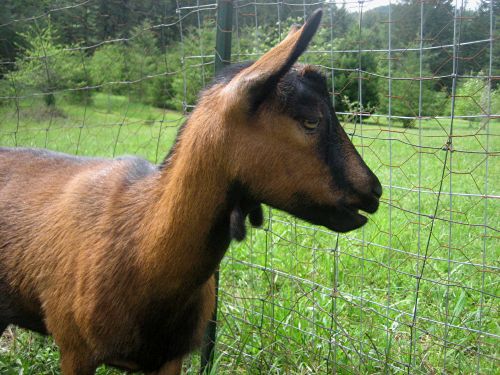 Aberdeen is the latest addition to our little goat herd. Another yearling doe from the same herd as Drama, Aberdeen came to live with us just over 2 weeks ago. She’s bigger than either Koko (yes, we just found out we’d been spelling it incorrectly) or Drama Queen, but much more shy and skittish. (And did you notice her wattles in the above photo? Are they cute or what?! We call them her “caterpillars”.) 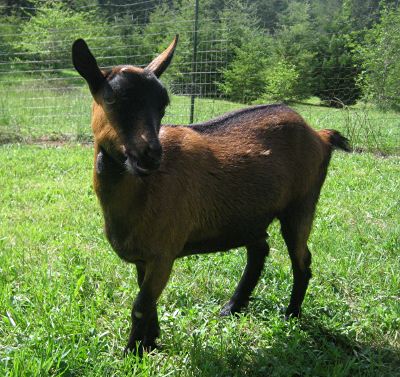 It took her a few days to get used to us, though now that she has identified Peter and me as the bringers of treats, she seems to have gotten over some of her shyness. I don’t think it helped that both Drama and Koko began beating her up incessantly as soon as she first walked through the gate to her new home. (Apparently goats find it very important to establish their pecking order – and poor Koko, the lowest of the low in her old herd, finally had someone that she could pick on! Drama, on the other hand, just likes to be top dog no matter what.) 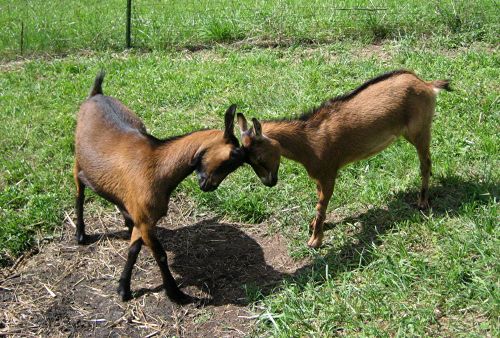 Now that she’s been here for a while, she’s settled in nicely. The other two goats still like to put her in her place, but they seem to have accepted her as one of them. The plans are to breed both Drama and Aberdeen sometime this fall, so by spring we’ll have kids bouncing around and fresh yummy goat milk.

4 thoughts on “With apologies to Aberdeen…”